Leek, also known as cabbage, spinach, and vegetables, high temperature and humidity, anti-Taiwan rainstorm, fast growth, high yield, excellent quality characteristics. It is one of the main green leafy vegetables in South China. Now its winter cultivation is introduced as follows:
First, the sowing date The winter cultivation period of southern Chinese amaranth is from October to February of the following year, and it is listed on the 1-4 month when green leafy vegetables are lacking. Higher economic benefits can be obtained. Seeding is generally used to increase the amount of seeds, the main pick-and-row harvest, or the method of multiple harvesting of stems with stems left behind.
Second, soil fertilization and soil fertility selection of land, water, fertility and strong, ventilated sunny and away from the "three wastes" pollution of the plot. Thoroughly clean the garden before planting, deep plowing, whitening, picking up (1.2 meters wide, 0.3 meters wide), easy to cover the film covering the shed. Mushi rot rot organic fertilizer 500-1000 kilograms, Pakistan Tianda 2 compound fertilizer 40-50 kilograms, mixed with the soil, flat surface, 1-2 days after sowing.
III. Disinfection soak germination After soaking for about 20 hours with hot water of about 50Â°C, wrap it in gauze and place it in a temperature of 30-32Â°C to keep it moist and germinate after 30-36 hours.
Fourth, sowing, covering the amount of live seed is generally 15-20 kg per acre, the germination of seeds evenly sowed on the surface, and then cover the surface of 2-3 cm of finely comminuted organic fertilizer, covered with gauze after dripping water , Remove the gauze net, take a small arch cover plastic film.
V. Seedling management After the emergence of leek, low temperature is the biggest influencing factor. The prevention of low temperature and freezing damage is the key to the success of leek cultivation in this period. Therefore, it is necessary to do the following work: (1) Choose south In the sunny area, a more insulated double-layer film is selected for coverage. (2) According to the level of temperature, the membrane film is removed. Normally, the high temperature during the day is to remove the film. At night, the temperature is low and the film can not be removed at low temperatures and rainy days. (3) Thin application of manure water not only keeps the soil moist but also achieves the goal of healthy seedlings.
VI. Pest Control The leek pests mainly include Plutella xylostella, aphids, and leaf-worms. They can be sprayed with 600-800 times of the worm-eaten agent or 100-200 times of the concentration of chlorothalonil. Diseases mainly include white rust, which can be sprayed with 75% chlorothalonil wettable powder 600 times or 65% zeocin zinc wettable powder 500 times.
7. Harvest When the main vines and side vines grow about 20-25 centimeters in time, they can be harvested and sold in a timely manner, and harvested too late. The lower leaves turn yellow due to poor light transmission, affecting the yield, appearance and quality.


Jilin Maifeng Biopharmaceutical Co., Ltd., a subsidiary of BCHT, is devoted to mostly R&D in high density cell culture technique and its application for large scale production. Jilin Maifeng is the first company to develop and apply the self-developed microcarrier bioreactor technology to produce Rabies Vaccine For Human Use. 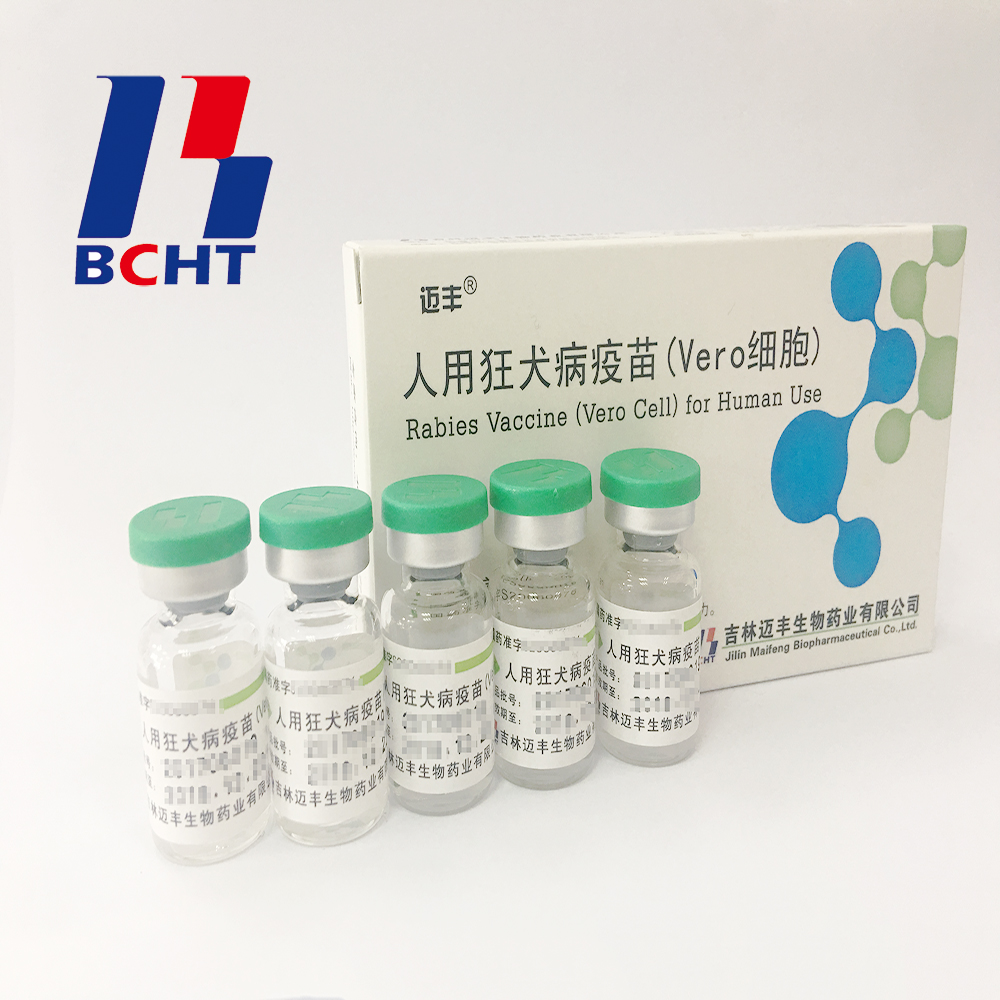 Rabies Vaccine For Human Use