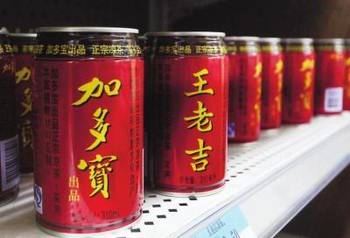 On December 8, the National Bureau of Statistics of China's Industry and Enterprise Information Publishing Center released the "2012 China's beverage industry operating condition analysis report for the first quarter to the third quarter". In the first three quarters of the national beverage industry survey data, the herbal tea market, plus Duobao accounted for 73.0% and Wang Laoji 8.9%. Hezheng and Baoqingtang ranked behind 4.3% and 0.5% respectively. The sales of the four brands accounted for 86.7% of the total sales of the industry, and the industry concentration trend was obvious.

Shenyin Wanguo Securities Report pointed out that Wang Laoji and JDBâ€™s first round of moves were JDBâ€™s lead. The second round of competition between the two companies needs to observe the off-season beverage sales (November 2012 to April 2013) in the catering channel. competition.

Jardo won the Can Drink Championship

The above report was based on the comprehensive evaluation of the data released by the National Bureau of Statistics, the monitoring data of the China Industry and Enterprise Information Publishing Center, and the sales data of the national key shopping malls. It also became a first-stage summary of the first third party after a year-long dispute over herbal tea. data.

Wan Donghua, director of the China Industry and Enterprise Information Center, revealed at the meeting that the national beverage industry had risen in contrarian conditions in 2012, up 10% year-on-year, and the herbal tea industry market had increased by more than 30%, far higher than the industry average.

According to the report, in canned beverages, JDB's market share was nearly 12%, ranking first in sales of canned beverages nationwide. This is also the year after 2007, JDBâ€™s herbal tea won the â€œChina Drinksâ€ for the sixth consecutive year. First canister."

Wang Yuegui, deputy general manager of Jiaduobao Brand Management Department, said in an interview with the â€œFirst Financial (microblogging) Dailyâ€ that after the renamed Jia Duobao sales grew by 50% year-on-year, the overall market share exceeded 72.96%, and Zhejiang, Guangdong and other traditions. The key market is stable; in September 2012, JDB has completed its annual goals.

According to the public information, sales of Jiadubao red canned herbal tea in 2011 amounted to 16 billion to 18 billion yuan, and sales in 2012 will exceed 20 billion yuan.

Higher than the marketing cost test

Just a week before such a "report card" was published, the competing GP Group just announced a high-profile announcement of 2 billion yuan for 2012 marketing.

"In 2012, the group's sales target is 50 billion yuan, and it is estimated that Wong Lo Kat's herbal tea sales revenue will be 10 billion yuan, and the marketing cost budget will be 2 billion yuan." Wang Chaozhi herbal tea operator Guangzhou Pharmaceutical Group vice chairman and general manager Li Chuyuan revealed to the media a few days ago.

In fact, since the official distribution of goods in the second half of the year, the marketing expenses of Red Can Wang Lao Ji has significantly increased - the three quarterly report of Guang Yao revealed that the company's sales expenses for the first three quarters of 788 million yuan, an increase of 53.82%. In the third quarter, the sales expense surged. The sales cost for July to September was as high as 378 million yuan, compared with only 168 million yuan in the same period of last year, an increase of 125% year-on-year.

For this sensitive marketing expense, Wang Yuegui stated that in 2012, JDBâ€™s marketing performance was obvious. In 2013, it will continue to consolidate and expand the brand's influence. â€œIt will definitely not be worse than this year,â€ he said.

In fact, the strength of JDB's channel and mass media has always suppressed the use of Guangpharm. After the Jiaduobao brand was renamed in May, the competition between the two has rapidly escalated.

Following the exclusive award of 200 million yuan for the second season of "China Good Voice" and the exclusive title of Hunan Satellite TV's "New Year's Concert," on November 18, Jiaduobao took 15 cards and won 86 million yuan. The first sign, a CCTV "news network", combined with a 10-second commercial unit, was broadcast.

Wang Laoji also followed closely and won the 2013 CCTV-3 new column "Open the Doors," the exclusive naming rights, and Hunan Satellite TV "Yuan Zhen joy" and "Spring Festival Gala"'s total naming rights - outside the third-rate program Wong Lo Kat A total of 500 million yuan was spent, but this amount has not yet been confirmed by the company.

Optical Lenses are optical components designed to focus or diverge light. Optical Lenses, which may consist of a single or multiple elements, are used in a wide variety of applications from microscopy to laser processing.

Optical glass lenses have a wide variety of applications. Germanium (Ge), Silicon (Si), or Zinc Selenide (ZnSe) lenses are ideal for transmitting the Infrared (IR) spectrum, while Fused Silica is well suited for the Ultraviolet (UV). 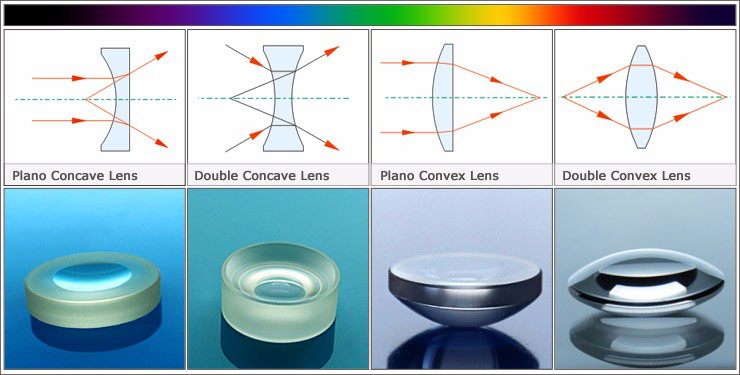